The Santa Claus Argument states that believing in God makes as little sense as belief in Santa Claus - both, say the atheists, are childish beliefs and adults shouldn’t think that way. The Tooth Fairy Argument and the Easter Bunny Argument are about the same.

Usually the theists try and say that the God they imagine is far more subtle and sophisticated than a jolly red-dressed man flying around on a sledge, so the cases aren't comparable. That’s true in some ways. Father Christmas has never been accused of having bears maul children to death. Father Christmas hasn’t been accused of any number of other horrors in the Old Testament and New Testament either.

Why do we know Santa Clause isn’t real? There are two key reasons. One is that we caught our father filling the socks, not Santa. When we think a bit we can see that all of Santa's miracles have other explanations - every sock ever filled, every reindeer sled-location reported by NORAD, every child molested by an old drunk man in a red suit pretending to be Father Christmas - all are sham, lies, errors and deceit.

It is this reasoning that the theists usually object to - their Santa, they say, is more subtle. He doesn't actually put money in people's socks, you know. No, he only did do miracles, a long time ago in the Bible, and you can't prove that he didn't, now can you?

Well no we can’t prove that God didn’t do miracles. But that does not make it likely. They try to say that God only does miracles when we can’t see him doing it. This is absurd. The only kind of God left here is some kind of hidden Deist God who is no longer here or who does something or other unseen. See God of the gaps. This God then, at least is left unharmed by the Santa argument. Right? Wrong.

The universe doesn’t work that way

There is a second reason why we don’t believe in Santa Claus. The universe doesn’t work that way. We don’t need to do careful scientific experiments to find out that dad fills socks and Santa doesn’t. In the real-world, jolly old men don't run industrial toy-making complexes in the North Pole, and reindeer don't fly. We know something about reindeer, and drunks, and this just doesn't fit.

The same can be said about God. We know something about minds, about how minds were forged by evolution through the ages and we know that they are very physical, tangible, things. A non-physical mind, a mind without a brain that hasn't been come about by evolution yet shares human intelligence and will, a personal God that can hear and understand or even just know... all of this just ignores what we actually know about actual brains. Real brains don't work like that. The universe is just not personal, it follows the laws of physics in a more uniform and impersonal manner. The universe doesn't revolve around us nor does it care about us. The universe is far grander than that. The vast Universe with galaxies, stars, immense distances and much more doesn’t care about the tiny little Earth. It can’t care because it hasn’t got a mind.

Is it possible that Santa exists? Sure. Perhaps one day a series of brilliant experiments will demonstrate the existence of Santa. Until that day, believing that there is a Santa - even a hidden one - is absurd. Believing that there is a God - even a hidden one - is just as absurd. Adults should believe that reality is the way scientists who understand the scientific method say it is. Flights of fancy that pretend intelligent beings can be Santa, the Tooth Fairy, the Easter Bunny or God aren’t sensible. They don’t consider what it means to be a person, to fly, to give presents, and so on. Therefore flights of fancy should be left to children.

For anyone who knows the way the world really works and what intelligent beings really are, belief in God is just as childish as belief in Santa Claus. 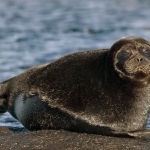